Home
How to
WhatsApp for iOS got a night theme. How to turn on

WhatsApp for iOS got a nightly theme. How to turn on. No matter how anyone scolded WhatsApp for its vulnerabilities and shortcomings, it is still the most popular messenger in the world. His audience already exceeds 2 billion users, who, apparently, the stars have come together, remain completely or at least partially satisfied. To explain such a recognition is, in general, not difficult. WhatsApp is really convenient, easy to learn and, most importantly, intuitive, unlike most instant messengers. The only thing that still confuses many users is the lack of an iPad version and support for the night theme. But now one drawback has become less.

After about six months, the developers finally completed the beta test of the night theme on WhatsApp for iOS and released it to people. Why so long, ask? Yes, because the night theme is a much more complex function than it might seem to the average person. It is not enough just to apply a black fill, it is still necessary to change the colors of many control keys, fonts, and other interface elements so that they do not merge with the background or vice versa strongly protrude from it. As a result, it took almost 6 months to test and debug only, and who knows how many developers worked on the implementation before they presented the beta version of the application with a night theme.

How to enable a night theme on WhatsApp

The WhatsApp update with the innovation is already available for download on the App Store to all users, regardless of country of residence. However, not everyone can activate the night theme. In WhatsApp, it is associated with a system-wide night theme, which appeared only in iOS 13, and is activated automatically when it is turned on. Therefore, if you want the design of the messenger to go dark, go to “Settings” – “Screen and Brightness” and in the “Design” section, select “Dark”.

It turns out that only iPhone users based on iOS 13 and later can activate the night theme on WhatsApp, and all the others, obviously, will be left without this innovation. In any case, at this stage there is no dedicated button to enable the night theme in the settings of the messenger itself. The developers decided not to add this feature, obviously focusing mainly on the lack of fragmentation on iOS and the vast majority of users of devices using iOS 13 specifically.

Which is better: night theme or Night Shift

I don’t know about you, but I am pretty cool on night topics in principle. Not only do they not soothe my eyes, but, on the contrary, make them watery. I have no idea what this is connected with, but I’m much more comfortable using the regular Night Shift mode for iOS, which lowers the color temperature of the screen by imposing a yellow filter on it. Moreover, the more saturated the yellow color and closer to the orange, the more comfortable I am. However, there are those who, on the contrary, cannot tolerate Night Shift and prefer to use night themes. Here we are all different.

However, the night theme was not the only WhatsApp update. Version 2.20.30, which became available for download tonight, also introduced support for the Haptic Touch interface. This, if you remember, is the software analogue of 3D Touch, which appeared on all iPhones and iPads with the release of iOS 13. In relation to WhatsApp, it allows you to call the context menu for quick actions, view the contents of incoming messages without opening them, and make other minor but extremely beneficial actions. 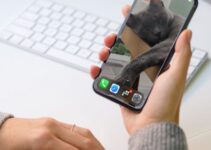 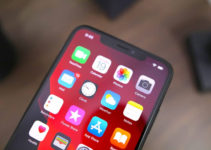