Check out new features in iOS 13.4.5 can now all interested users. Apple has released iOS 13.4.5 Public Beta 1 for everyone.

Anyone who is enthusiastic can sign up for Apple’s beta program and download the latest previews. It is free and the process is not too complicated. New software updates provide added stability and fix system errors. You should not expect new features, these updates are almost entirely dedicated to fixing bugs. Although there is one improvement that is known.

This is probably why Apple skipped iOS 13.4.2 by going straight to iOS 13.4.4. Apple may still use these version numbers if a security update is required.

See also: Should I install iOS 12.4.6 on older iPhones? What was added to the firmware?

To download and install the public beta version of iOS 13.4.5, register on the Apple beta site. Install the configuration profile, and then update it. If you already have a profile, go to “Settings” -> “General” -> “Software Update”. You can wait until it is installed automatically, if the checkbox for “Automatic update” is checked.

Stay tuned for the latest iOS / iPadOS versions on our website. Also share this article with all your friends on social networks. 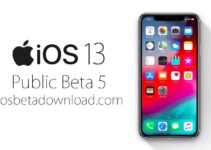 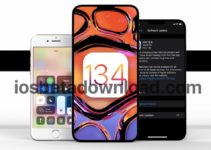