The company changed the number of this version after the first beta, the same thing happened with iOS 13.5. Despite this change, it is still a minor update aimed at fixing bugs and improvements. The first beta versions of iOS and iPadOS 13.5.5 did not contain any changes, and secondly, it became possible to save the place where you left off when reading an Apple News article. A new “Symptoms” section has also appeared in the Health app and the new auto-update management function.

If there are any other changes in the new beta, we will write about it.

Registered developers can download new beta from the official portal for developers. To do this, the device must have a special profile.

iOS version 13.5 was released not so long ago. It contained a new notification system to combat the spread of coronavirus. Last week, iOS 13.5.1 was released with a fix for an important security bug that uses the Unc0ver jailbreak. 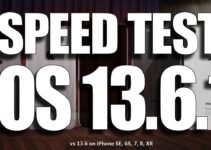